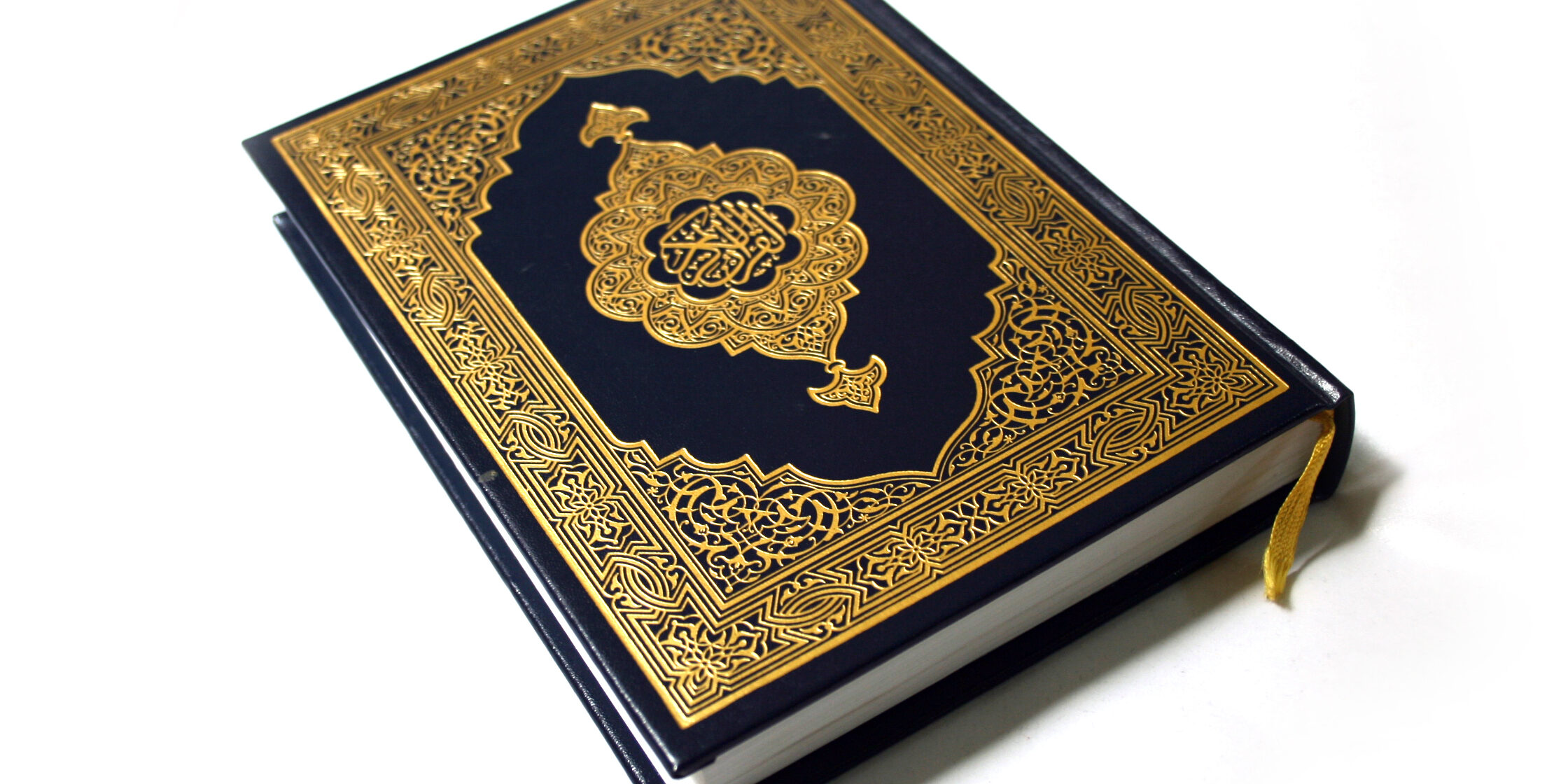 Among various prolific misconceptions concerning the religion of Islam, one cannot miss the oft-quoted “Kill them wherever you find them,” characterization of religious intolerance in the Qur’an. This bloodthirsty depiction of Islam is far, far from the truth. Yet, with so much media attention shone on “Muslim terrorists”, contradictory Islamic ideals of religious tolerance might be difficult for Western audiences to believe.

The best solution is to read the Qur’an. Verses granting permission to fight in war, when attacked, can then be read in context. Ideological mud slinging on the internet is rife with quotes like, “Kill them wherever you find them.” If that is the first phrase you read from the Qur’an, of course it sounds like a horrible, unholy book. Yet its beginning is this:“In the name of God, The Beneficent, The Merciful” (1:1).

“Fight in the way of God against those who fight against you, but begin not hostilities. Lo! God loveth not aggressors.” (Qur’an, 2:190)

Contrary to popular misconception, the Qur’anic verse stating, “Kill them wherever you encounter them” (2:191) does not categorically permit (let alone promote!) killing of Non-Muslims. Rather, this verse was revealed in relation to a specific stage of persecutory war against Muslims in the history of Islam; and its ordinance is obviously confined to warfare. The fourteen-hundred-year heritage of Islamic rule in Arabia and beyond testifies to religious tolerance exhorted by the Qur’an.

And why—if there is any explanation other than deliberate mischaracterization and slander—why can’t critics who use this verse read other general decrees that place strict limits on warfare? For instance, the verse just before it, which says, “But begin not hostilities. Lo! God loveth not aggressors” (2:190). Or the verses just after it, stating, “But if they desist, then lo! God is Forgiving, Merciful” (2:192).
Scenarios under which taking a life is permissible according to the Qur’an are extremely limited. The Qur’an permits between-group killing, or “collateral damage”, during warfare in hand-to-hand combat with male, combatant enemy soldiers. In domestic affairs, Islamic law permits execution by judicial sentence in cases of premeditated manslaughter [1]; a tooth for a tooth whether Muslim or Non-Muslim.
In Islam, it is never permissible to attack or kill non-combatant enemy citizens, children, elderly, or women. Non-Muslims not waging war against Muslims possess Islamic state’s protection of their right to life, according to the Qur’an. In fact, the Qur’an enjoins forgiveness, indulgence, tolerance, and kindness toward Non-Muslims.

“Help ye one another unto righteousness and pious duty.”  (Qur’an, 5:2)

Far from simply not killing Non-Muslims, Islam promotes an ideal ethic of cooperative piety with Non-Muslims who are at peace with Muslim states. The Qur’an also discusses basic rights of Non-Muslims, such as the right to life, freedom of religion, and property. Furthermore, the Qur’an offers specific guidelines to promote religious tolerance.

Freedom of Religion in the Qur’an

Religion with God is Islam. However, there is no compulsion in religion. Humankind is created free to choose good or evil. No person can reach into another’s heart, place faith therein, cleanse filth, or soften hardness. Individual choice is an integral facet of religious devotion, and the Qur’an acknowledge this in the verse, “There is no compulsion in religion” (2:256). Furthermore, the Qur’an draws firm limits toward entrenched thinking in relation to Non-Muslims. It states, “Had God willed, they had not been idolatrous. We have not set thee as a keeper over them, nor art thou responsible for them” (6:107). Here, the Qur’an instructs us to recognize Non-Muslims’ religious self-sovereignty and to leave them alone!  Freedom of religion is the cornerstone of religious tolerance; and it is clearly established in the Qur’an.

The Qur’an goes further than religious freedom, instructing Muslims to show tolerance and respect to other religions. The verse, “Do not revile those unto whom they pray beside God, lest they wrongfully revile God through ignorance” (6:108), directly forbids verbal religious intolerance, candidly pointing out the logical consequence of mutual animosity and hatred. Disagreement is sometimes unavoidable; however, petty name-calling is certainly something we can all maturely surmount.

Kindness toward Non-Combatant, Non-Muslims in the Qur’an

As long as other religious groups do not invade and transgress Muslim lands and political sovereignty, Muslims should have no qualm with them. God commands the Muslims to show indulgence, tolerance, forgiveness, justice, and compassion toward Non-Muslim groups who do not take up arms fighting against Muslims. God says, “God does not forbid you to be kind to those who do not take arms against you. God loves those who are just” (60:8). Chapter 60, in which the aforementioned verse occurs, addresses Muslim unity against avowed political attackers. No Muslim should harbor alliances with transgressing forces. However, even in this chapter whose theme primarily addresses conditions of defensive war, the Qur’an does not neglect to mention that Muslims should show kindness and justice in lieu of violent aggression from other Non-Muslim nations or individuals.

Peace and war are two extremes, between which are many shades of conflictive coexistence. The Qur’an does not only speak to extremes. Rather, it addresses latent conflict, jealously, rivalry, and hatred between groups. In all of these cases, as in the case of peace and cooperation, the Qur’an enjoins forgiveness, indulgence, justice, and compassion toward Non-Muslims. For example, the Qur’an mentions that some groups of Jews and Christians wish for ruination of Muslim nations. Toward them, the Qur’an instructs, “Forgive and show indulgence to them…Whosoever surrendereth his purpose to God while doing good, his reward is with his Lord; and there shall no fear come upon them neither shall they grieve” (2:109-112).

Justice toward Previously Combatant Non-Muslims in the Qur’an

In another chapter, the Qur’an deals with situations where Muslims might feel hatred toward Non-Muslim groups. Again, the message is patience and justice. God says, “Do not allow your hatred of a folk who [once] stopped your going to the Inviolable Place of Worship [2] seduce you to transgress; but help ye one another unto righteousness and pious duty. Help not one another unto sin and transgression, but keep your duty to God” (5:2). Warring nations confront a difficult psychological task when arms are finally laid aside for olive branches. What happens to the hearts that remember lost soldiers and former offenses? The Qur’anic reply is God-consciousness. By remembering God’s love for justice, we can avoid seductions of violence and vengefulness.

Applications by Prophet Muhammad (peace be upon him)

Religious tolerance in the Qur’an is not based on fantasy. Rather, it tackles real world scenarios of peace, conflict, war, and coexistence. We do not pretend that differing groups can live in perfect, unbroken harmony; not even homogenous groups enjoy so much mutuality. However, the Qur’an clearly states that cooperation is better than conflict, peace is preferable to war, and justice is necessary under all circumstances. Furthermore, the Qur’an offers specific guidelines to help encourage and maintain peaceful coexistence between differing religious groups. Principles of indulgence, patience, justice, and kindness are underscored in the Qur’an by rules such as the forbiddance of insulting other gods.

Large numbers of Non-Muslim minorities still reside peacefully in the Muslim world, such as the Copts of Egypt, the Jews of Yemen, and many others. These groups give the best proof of Islamic religious tolerance. Some prominent Jewish and Christian leaders have published contemporary accounts testifying to the respectful coexistence and religious tolerance they enjoy in Muslim states. Unfortunately, these accounts are too often brushed aside in favor of more sensational, paranoia-provoking statements, like “Kill them wherever you find them.”