Some Misappropriations of Quranic Verses 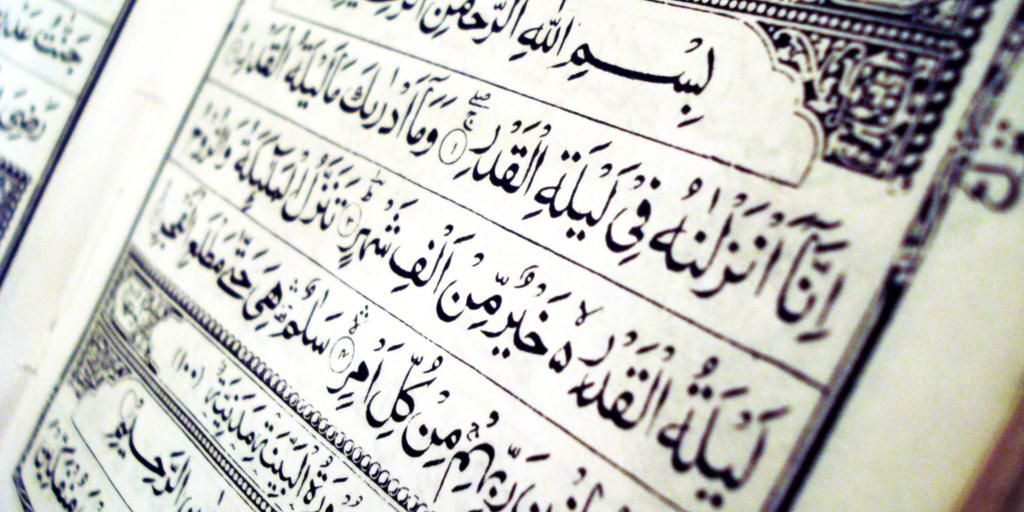 In this synopsis we shall discuss two verses that have received much “air time” in the post 9/11 media environment. [1]

The first verse appears in chapter 5, verse 51 of the Quran and says, according to the most common English translations:

O, you who believe [in the message of Muhammad], do not take Jews and Christians as awliya’. They are awliya’ to one another, and the one among you who turns to them is of them. Truly, God does not guide wrongdoing folk.

The word awliya’ (sing. “wali”), which we left above in the original Arabic, has been commonly translated into English as “friends.” Given this translation, the verse appears to be a very clear statement opposing “normative” or “kindly relations” between Muslims and Jews and Christians, however, when we look at the traditional Quranic commentaries of Medieval times, which discuss the events surrounding the revelation of this verse, the modern translation becomes suspect.

Put within its proper historical context, the word awliya’ here does not mean “friends” at all. While it is true that one of the meanings of awliya’ is “friends,” it also has additional meanings such as “guardians,” “protectors” and even “legal guardians.” Interestingly enough, we find that when we consult the traditional commentaries on the Quran we are told that this verse was revealed at a particularly delicate moment in the life of the early Muslim community, and here it is necessary to explain, to a certain extent, what was the existential situation of the Muslims at this time in Arabia so as to situate verse 5:51 within its proper circumstances.

Before 5:51 was revealed, the Prophet of Islam and the Muslims had only recently migrated as a community from Makkah to Medina, some 400 km to the north. They had done so, according to Islamic histories, due to the persecution to which they were subjected at the hands of their fellow tribesmen and relatives in Makkah. Most Makkans worshipped various idols as “gods” and feared the rise of interest in the message of Muhammad within the city, even though Muhammad was himself a son of Makkah. The Makkans feared the growing presence of the Muslims because the Muslims claimed that there was only one true God, who had no physical image, and who required of men: virtue, generosity and fair and kind treatment of the weaker members of society. This simple message, in fact, threatened to overturn the social order of Makkah, based as it was upon the worship of multiple gods and the privilege of the strong and the wealthy. It also threatened to disrupt the economic benefits of this privilege, the annual pilgrimage season when people from all over the Arabian peninsula would come to worship the many idols/gods at the Ka`bah—a cubical structure which the Quran claims was originally built by Abraham and his son, Ishmael, as a temple to the one God, before the decadence of religion in Arabia. [2]

The message of Islam threatened to replace the social and economic system of Makkan polytheism, with the worship of the one God, Who—as in the stories of the Old Testament—would not allow that others be worshipped alongside Him. In this difficult environment the Prophet of Islam preached peacefully his message of monotheism and virtue, but he and his small band of followers were eventually driven from the city by torture, threats of assassination and various other forms of humiliation and abuse. The Muslims then migrated to the city of Medina where the Prophet had been invited to come and live in safety with his followers and where the main Arab tribes of the city had willingly accepted his message.

According to the commentary tradition in Islam, it was not long after this migration to Medina that verse 5:51 was revealed. Specifically, we are told that this verse came down around the time of the battle of Badr (2 A.H. / 623 A.D.) or perhaps after the battle of Uhud (3 A.H. / 625 A.D.). In these early days, even though the Muslim community constituted no more than perhaps a few hundred people and had already left the city of Makkah, yet the Makkans continued to confront them militarily, and these two early battles, as well as others, were crucial events in the history of the early Islamic community.

Militarily, the Makkans were a far more powerful force than the Muslims, and in addition, the Makkans had allies throughout Arabia. Given the small numbers of the Muslims, the Prophet and his fledgling community faced the real possibility of utter annihilation should they lose any of these early conflicts. Within this highly charged environment some members of the Muslim community wanted to make individual alliances with other non-Muslim tribes in the region. Within the city of Medina there were Jewish tribes who constituted a powerful presence in the town and who were on good terms with the Makkans, and to the north of the city there were also numerous Christian Arab tribes. Some Muslims saw the possibility of taking alliances with one or more of these groups as a way of guaranteeing their own survival should the Makkan armies ultimately triumph. This was the stark reality of Arabia at that time, that it was only through the protection of one’s tribe or one’s alliances with other tribes or clans that one’s own individual security was insured.

From the perspective of Islam, however, the Prophet realized that a young community, faced with great peril, could not allow such “dissension” in the ranks of the faithful as would be created by various individuals taking bonds of loyalty with other groups not committed to the Islamic message. Indeed, from the Islamic point of view such actions, had they been allowed, would have been a kind of communal suicide that would have seriously undermined Muslim unity, broken the morale of the community and perhaps caused the many individuals taking such alliances to lack fortitude in the face of the clear and present danger of the Makkan armies and their allies.

Keeping all these historical issues in mind, it becomes obvious that the translation of awliya’ as “friends” is wrong and that it should be rendered as “protectors” or “guardians” in the strict military sense of these terms. The verse should be read as, “Do not take Christians and Jews as your protectors. They are protectors to one another….” This is the message of the verse, and the appropriateness of this understanding is supported not only by the historical context for its revelation but also by the fact that nowhere does the Quran oppose simple kindness between peoples, as is clear from other Quranic verses such as,

God does not forbid that you should deal kindly and justly with those who do not fight you for the sake of [your] religion or drive you out of your homes. Truly, God loves those who are just. [60:8]
and
The good deed and the evil deed are not equal. Repel [the evil deed] with one that is better. Then truly the one, between you and he is enmity, shall become as a bosom friend. [41:34]

Another verse which has caused much confusion is 9:5. This is the first Quranic verse mentioned in the fatwa of Usama bin Ladin. It is also a verse which has been referred to by Reverend Franklin Graham in his comments about the “wicked, violent” nature of Islam. Verse 9:5 says,

But when the forbidden months are past, then fight and slay the polytheists (mushrikun) wherever you find them, seize them, beleaguer them, and lie in wait for them in every strategem [of war].

Contrary to what may be thought from a literal reading of this translation, this verse is not a kind of carte blanche to attack any and all non-Muslim peoples. Here again the issue of historical context is so crucial for understanding.

Verse 9:5 was revealed specifically in relation to the Muslims fighting the idolaters of Makkah. The Makkan idolaters are referred to in the Quran by the technical term “mushrikun” (sing. “mushrik”). This term comes from a three letter Arabic root “sh-r-k” which means “to associate” or “take a partner unto something,” so that the word mushrikun literally means, “those who take a partner [unto God],” that is to say, “polytheists” or “idolaters.” It should be noted, therefore, that the injunction in this verse to fight against the “polytheists” does not pertain to either Jews or Christians from the point of view of Islamic Law. Interestingly, Jews and Christians are never referred to within the Quran by the term mushrikun. They have, in fact, a very different “status” or “title” according to the Quran which, when not addressing them as individual communities, often refers to the two groups together by the technical term, ahl al-kitab or “People of the Book,” meaning people who have been given a book or scripture by God other than the Muslims. Given these facts, it is interesting that this verse should be cited by Bin Ladin in the context of a declaration calling on Muslims to fight Jews and Christians, particularly since this verse says nothing about Jews, Christians or the People of the Book in general. This being the case, the fatwa’s use of 9:5 represents a misappropriation of this verse to an end other than the one intended from its established historical context of fighting the “polytheist” Arabs, who were neither Christians nor Jews.

Given this context, this verse does not, in fact, show Islam to be a “wicked, violent” religion, as Franklin Graham would like us to believe, but shows that Islam gave to Muslims the right to defend themselves against those who would not let them worship God, a right, incidentally, which is protected by the United States Constitution.

We hope that this short analysis may help to demonstrate that the practice today of quoting Quranic verses as justification for sweeping generalizations about the Islamic faith is actually a far more complex matter than may be immediately apparent and requires a deep knowledge of both Quranic commentary and Islamic history. The very least that can be said is that it is a matter more complex than the rhetoric of extremists on all sides of this issue. We pray that this discussion may be something of an opening for greater understanding between all people of faith, people for whom the truth, and not rhetoric, must be paramount, precisely because in all religious traditions truth belongs to God.

[1] For further discussion see our larger paper, “Combating the Myth of a Militant Islam,”Militant Islam in
the Light of Tradition: Essays by Western Muslim Scholars (forthcoming), which gives an extensive treatment of these and other “controversial” Qur’anic verses, as well as an historical analysis of the earliest jihad in Islam.