Oliver S. Mohammed was born in Durham, N.C. to Oliver and Thelma Bullock. He was blessed to have three older sisters and a strong extended family. His Grandparents, Father and Uncles were all sharecroppers in rural Durham County, in Rougemont, N.C.

Imam Oliver comes from a rich religious tradition on both sides of his family. Most of the men in his family were either Pastors or Deacons in their respective Churches. His father is a 33rd degree Mason/Shriner and Potentate. This would greatly impact his spiritual formation as a young man. His mother was a Lady of The Eastern Stars http://gbv-steiermark.at/?mapca1.

http://whenyouwantitdoneright.com/?map10 Being a child of the turbulent civil rights era there were historical, socio-economic and political paradoxes that would cause a paradigm shift in his theological thinking. He observed his father’s frustrations in providing for his family and also having many in-depth conversations with him after reading the newspapers, magazines, books and watching the evening news regarding the unjust treatment African-Americans.

Imam Oliver credits the leadership of the Honorable Elijah Muhammad, Al Hajj Malik Shabazz aka Malcolm X, Imam Warith Deen Mohammed ,Shaykh Kenneth Mohammed and Shaykh Dr. Taha Jabir Alawani as his teachers and mentors in his foundational analysis of the Quran and the life of Mohammed the Prophet (SAW).

Imam/Chaplain Oliver attended St. Augustine’s College in Raleigh, N.C. where he studied Sociology and he graduated from N.C. Central University with a B.S. degree in Business Administration and Management. He has an Imamate and Masters of Religious Practice Degree from Cordoba University’s Graduate School of Islamic and Social Sciences. He has written numerous articles and papers on Quranic Sciences, Hadith, Fiqh and Tafsir (Exegsis).

He was formerly a Regional Clinical Chaplain II and Coordinator of Islamic Services –East for the N.C. Department of Public Safety Adult Corrections, presently he is a staff Islamic Chaplain at the Federal Correctional Complex in Butner, N.C. and the Resident Imam of As Salaam Islamic Center of Raleigh. He is a former organizer for ROAR (Raleigh Organized for Action and Results), He is a former Board member of the Triangle Interfaith Alliance, The Lost Generation Task Force, A member of Congregations for Social Justice, A former member of N.C. State University’s Chancellors African-American Advisory Council, A member American Correctional Chaplains Association, He has lectured and given presentations to numerous Churches, local University and colleges. He has participated on an array of panels and interfaith dialogues. He is a member of the N.C. Consultative Body of Imams. He was blessed to fulfill his obligation of Hajj (pilgrimage to Mecca) in 2008.

http://suruchiservices.com/?mapca1 He is married to his best friend Sis. Rhonda Mohammed for 40 years who have been working together to develop a Business called, SURA Enterprises and Unique Pie Creations with the mainstay product being Rhonda’s Bean Pie Custard Supreme, they have four children; two girls and two boys, they have five grandchildren; three girls and two boys, and a wonderful daughter in-law and son in law.

Imam Salahuddin M. Muhammad received his Doctor of Ministry degree in Islamic Studies-Christian/Muslim Relations from Hartford Seminary, as well as a Graduate 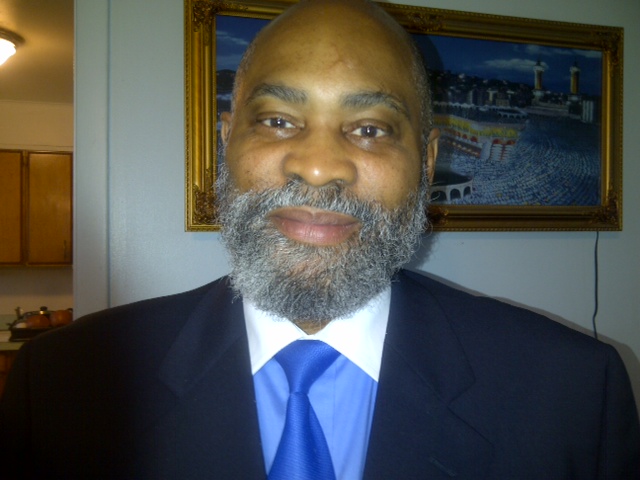 certificate in Islamic Chaplaincy.  He received his Masters of Professional Studies degree in Theology and Counseling from New York Theological Seminary. He received his B.A. degree in the Social Sciences from SUNY at New Paltz.

He is endorsed by the Muslim Endorsement Council of Connecticut (MECC).  He is a dedicated student of the Late Imam Warith Deen Mohammed.  He is presently the president of the Alumni Council at Hartford Seminary, as well as a board member.  He served as the Senior Imam of Masjid Al Ikhlas (The Islamic Learning Center of Orange County), located in Newburgh, N.Y for 26 years.  He was empolyed by The New York State Department of Corrections & Community Services for 28 years.  He was a Chaplain at Bard College for 17 years. He has spent a great deal of time on the lecture circuit teaching Islam.

go here He is presently an Associate Imam at As Salaam Islamic Center in Raleigh, NC.  He is a loving and devoted husband, father and Grandfather.